For our inaugural "Open Goal" interview series with brands looking to target sport, caytoo talks to Anabel Sexton, the founder and CEO of women’s sports and activewear brand Boudavida, on what others could learn from the company’s alternative approach to sponsorship and boosting women’s sport.

Anabel’s experience in sports marketing has spanned the likes of IMG, Adidas, TaylorMade, England Netball and The Lord’s Taverners. She used the lessons learnt to to build Boudavida – a brand that takes a creative approach to targeting people through sport. Rather than following traditional routes of athlete sponsorship, Boudavida’s ethos encourages female empowerment and supports participation from the ground up, and it’s proving a successful model for generating ROI.

Anabel: Boudavida creates active wear for women and donates 5% of all of our sales back into women’s sport. That’s the ethos of the brand and it underpins absolutely everything we do. We’re very much about empowering women to play sport, to feel good about their bodies and to feel confident enough to go out and exercise, because we found that so many women are put off playing sport because of a fear of what they look like, or the fear of being judged.

We’re trying to make sports and exercise a bit more accessible to women. The clothes that we sell are all sympathetically styled and our imagery is very downplayed. We purposefully don’t use really muscular, toned models because the images are unattainable for the normal woman. Our imagery is all about having fun whilst exercising so it just makes it a bit more accessible. There are no ridiculous yoga poses in our imagery that no one in their right mind could do. It’s kind of all about being a normal human being.

“We purposefully don’t use really muscular, toned models because the images are unattainable for the normal woman.”

caytoo: How did the idea come about?

Anabel: I guess it came about because I wanted to do something for women’s sports. I’d worked within Adidas with all their golf brands for quite a long time so I knew how a sporting goods business worked. I had this idea to do a backdoor way of funding sport; I just wanted to generate money for women’s sports.

caytoo: What type of sports marketing have you previously been involved with?

Anabel: I ran a boutique sports marketing agency quite a long time ago but we were largely specialists in the golf industry. As well as that, from a marketing standpoint, I worked at the Bertelsmann Group which is an enormous entertainment company, and I was the only person in the whole organisation working on sport. I produced and marketed their sport videos. So, yes my history has been very much working in sport. My first ever job was at IMG working with professional golfers. It’s been golf and sports marketing all the way through.

Anabel: Ultimately, brands want to increase revenue but this can be done both directly or indirectly. An example of the direct approach would be utilising a high profile athlete in advertising with an overt call to action, which would result in sales.

A more indirect route would be building a brand association with an athlete or event, or even a cause, that positions that brand in a favourable light. This wouldn’t involve a direct call to action, but it puts the brand in front of the right target market and shows them that they are either socially, or sometimes morally aligned.

“A more indirect route would be building a brand association
with an athlete or event, or even a cause, that positions
that brand in a favourable light.”

Corporate social responsibility (CSR) used to be the domain of corporate charity donations with no necessity to measure the impact in terms of sales. It was a separate budget, run by a different team. However, increasingly business are expecting their CSR programmes to work harder for them, and as such it is somewhat merging with the marketing/sponsorship needs of the business.

caytoo: What is Boudavida’s return of investment when you’re investing in athletes?

Anabel: We’re raising money for up and coming athletes, so 5% of every sale we make, we collect up and give to rising talents. That’s our way supporting athletes. So it’s a little bit different from the traditional ‘sponsor an athlete’ route, which a lot of brands tend to do. It’s a little bit more grassroots but in return we get to build a community of followers who in turn become our customers. It still gives us great content for our social media and it positions us as unique compared with our competition, but it’s not as overt as an athlete simply wearing our logo. 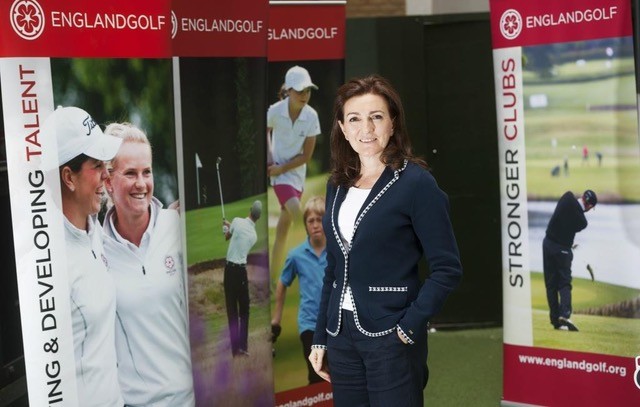 caytoo: What brands do sports partnerships very well and why?

Anabel: BT’s official partnership with the 2012 Olympic Games was done very well. They were appointed official telecoms partner and were responsible for building the biggest and most up to date digital infrastructure for the games. However, consumers’ minds were very much on the Games and not the sponsors, and certainly not on buying any BT products.

“BT needed to market the hell out of their partnership
in order to get the brand recognition they wanted.”

So they needed to market the hell out of their partnership in order to get the brand recognition they wanted. They executed this so successfully, at both a national and local level with various creative campaigns, that they were voted the most memorable partner of the Games. What they achieved as a result of their partnership was a share in the ‘national pride’ that the Games generated.

caytoo: What were the most successful activations you’ve been involved with?

Anabel: One of the best things I ever did was work on the Wales Ryder Cup bid. We were bidding against Scotland and it was considered a foregone conclusion that Scotland would win. My job was to work with a team of ambassadors and Welsh celebrities like rugby legend Gareth Edwards, and take journalists to play golf at Celtic Manor. He’s such a charismatic character and we had the most extraordinary time.

Over the course of our campaign we convinced all these journalists that actually Celtic Manor was a great golf course and that Wales deserved the Ryder Cup. It was reported in the media that the PR campaign had had a distinctive impact on Wales winning the bid. It was good fun and it worked, so that’s the proudest thing I’ve done. It was also interesting to see how influential the media can be in awarding rights for a big event like that.

caytoo: Do you have any thoughts on how sports sponsorship and partnerships between brands and rights holders will change going forward?

Anabel: It’s fair to say that just putting a brand out there in front of an audience, however targeted, doesn’t necessarily lead to sales. I believe rights holders will have to offer more creative ways to help sponsors get a return on their investment. For brands wanting to reach the women’s market, for instance, they should also take a lesson from Sport England’s “Go Where Women Are” approach and not expect them to come to you.

“Rights holders will have to offer more creative ways to help
sponsors get a return on their investment.”

caytoo: Are there any key lessons you have for other sponsors and rights holders?

Anabel: Sponsors need to look at potential markets and not just existing markets. So a brand will sponsor something because they want to get access to the followers of that something, and for those followers to buy that product. What I’m saying is, what about the potential followers who would grow the market?

Why you should be targeting health insurance brands now